My dad’s sister Mary had a parakeet named Rembrandt. An artist, of Irish descent and pretty enough to have modelled, she was prone to sadness and died well too young. I only met her once—she saw me tracing around a paper doll and said, “No dear, free-hand is better.” My mom, so fond of Aunt Mary, saw in my scribblings that I would also be an artist. I feared it meant, I too would be sad and die young.

We are meant to make decisions in our youth that guide what the rest of our life may look like—where to go to school and what to study? The problem is that we change. The current version of me is far from the one who became an artist with a teaching certificate in her pocket. Somewhere along life’s path of teaching and painting, I started studying nature.

This journey may have begun with a class taken on a whim— Environmental Education taught at the Henry Shaw Arboretum. It continued when I bought, Steyermark’s Flora of Missouri, lugging the 5.2-pound hardcover along on every camping trip. While others fried fish and played cards, I keyed out wildflowers. In the studio, my bookshelves were filled with large, colorful volumes on Van Gogh and Breughel, yet the books I read and reread and kept by my bed were always about birds, trees, flowers, rocks, and microbes. Every decade, I would consider going back to school to study biology, but the fates always threw up a road block, and inertia won out.

Four decades later and five years ago, after a tiring day of making cappuccinos for college kids, my husband greeted me in the driveway, “Hey, MIT is offering free online classes. There is one on Introduction to Cellular Biology. You love this stuff—go sign up”. Not wanting to disappoint him, I did.

No matter how hard I worked, though, I couldn’t keep up with the MIT students. They sat in a real lecture hall with a real professor, whom I only glimpsed on the screen. And when the aids handed out papers, I yelled, “Hey, what about me?” Nor did they ever come around to my desk to help with carbon molecules, which having no experience with chemistry, I could have used. But the tipping point was when we were supposed to download an app to see how proteins fold. On my old laptop, the proteins just sat there. OK, it was a failure, but one that showed promise. Maybe at the community college I could have my own teacher, real handouts, and help folding those darn proteins.

I visited the Community College of Vermont and signed up. Introduction to Biology, Ecology and Evolution, my first class was partly online, meeting once a month in Rutland. I worried if I would hear well enough or be able to keep up or understand the latest technology? Carl walked me out to the car that first day and took my photo holding my backpack as if I were headed off to first grade. He shed a tear of happiness for me and because he was about to become a bachelor, mopping the kitchen floor, shopping, and taking care of our little dogs who are prone to run off howling.

I loved school so much that I couldn’t stop. I was an environmentalist, long on passion and short on data. If I were to go to graduate school, it would need to be one designed for students who have responsibilities—spouses, jobs, grandkids. Most of my science friends had studied at Antioch University New England. I emailed one day and had an interview two days later. Peter Palmiotto, head of Environmental Studies, was on sabbatical at Dartmouth. I told him I wanted to be pushed to do the hard things. I wanted to learn things that I didn’t even know existed. “Good,” he said. “That’s what I hoped to hear. Anyway, you’re interested in mosses and we need someone at AUNE to study them.”

For over two years the professors at Antioch did push me to go to the hard places and to learn about things that I had never heard of before. I read so many scientific papers and wrote so many research papers that I wore out my laptop. I climbed mountains, dug soil pits and measured tree circumferences. I learned mapping with ArcGIS, the science of climate, the ecology of soils and wetlands and coastal regions. I identified trees, flowers, and bryophytes by their scientific names. I learned to tell the history of a forest by looking at clues. I fumbled biostatistics but passed. I learned the history of our planet. I made life-long friends with students who didn’t seem to notice that I was at least thirty years older than them. I helped with mosses. I graduated.

Friends ask, “What now, what will you do?” as if I surely had some master plan. We tend to like investments that have guaranteed tangible returns, yet, I had just spent five years and a chunk of my savings on an investment that would afford an interesting life and a place at the conservation table, none of which pays in hard currency. My big return though is being able to have a voice in the struggle to protect our biodiversity.

I do not believe that as we age it is too hard to take on new challenges. The secret is to find a passion and follow it, even if it means hanging a sharp left turn. A PhD student in his fifties, comes into the café where I still work two days a week. Both of us, just having finished our degrees, gave huge high-fives and joked about being members of the elite older scholar’s club. Going back to school may have been the smartest thing I have ever done, for if ever there was a young pill, that was it. 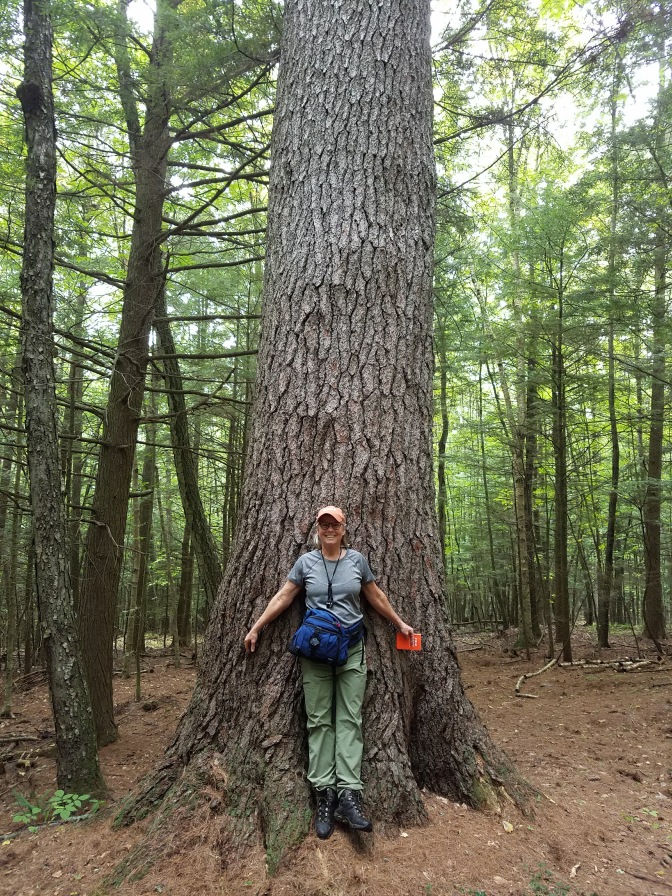 One thought on “Joining the old scholar’s club”